The Conversation About Race and Racism in America

By admin October 1, 2016 Uncategorized No Comments
0 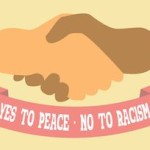 We are grieving. Stunned, as a nation, by the recent killings of African-American citizens and stalwart uniformed police officers. Where is the middle ground in this situation?

We ask ourselves: Philando Castile was shot to death after being stopped for a broken tail light in Minnesota. Was justice served? Was justice meted out to  Eric Garner for the crime of selling loose cigarettes on the Staten Island street corner? Alton Sterling was pinned down on the ground beside his vehicle and then shot at close range.  Was that the execution of justice? Or just an execution? Major decisions about these tragedies have yet to reach final adjudication.

Rudolph Guiliani claims that the Black Lives Matter (BLM) movement is “inherently racist.” He reasons that affirming the importance of black lives is “anti-American” because it does not declare the value of other ethnicities and races. Isn’t that a little like insisting that the statement, “I love to eat salad in the summer” means the speaker eats no salad between Autumn and Spring?

This transformation of the slogan—an affirmation of the worth of African-American  lives—into a put-down of all other groups flips its meaning one hundred eighty  degrees. It exemplifies the kind of doublespeak that George Orwell featured in his thinly disguised critique of Soviet authoritarianism, 1984.

Doublespeak breeds confusion, suffering and deceit. Therapists work to clarify misunderstandings, reduce suffering and unravel deceit and deception. That is the rationale for including this discussion here, in a blog that typically focuses on matters of interpersonal communication and relationships.

An atmosphere of openness and emotional safety is as necessary to keep a marriage vital as it is to a society that aspires to embody democratic ideals.

The media is filled with pundits and pols who speak of pursuing “a conversation on race.” Yet that conversation peters out when parties are interested in scoring debate points against one another rather than acknowledging and appreciating what each is trying to get across to the other. The key objective of public discourse on race is for both sides to feel heard, not for each side to feel scolded, corrected or devalued.

Take the FREE Three Dimensional Quiz to help you evaluate the condition of your own Middle Ground! Learn more